10 Advantages of Design Build – PART ONE 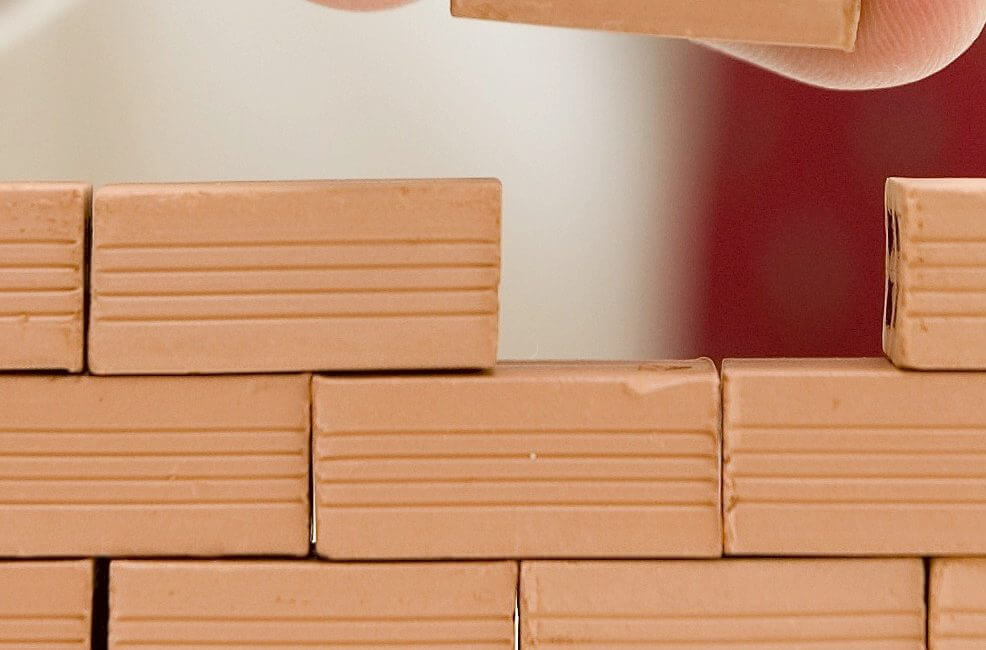 I have written this blog post after seeing so many people struggle with understanding the differences between the Design-Build system of project delivery versus the traditional system. Design-Build has many advantages over the traditional system where an owner himself hires an architect for design, engineers for technical trades, interior designers and a builder for construction. These are all independent people running independent businesses. Coordination between these individual teams while keeping track of the overall performance and progress of the project can get very challenging, often long and tortuous.

The roots of the Design-Build system came from the nineteenth century figure of the Master Builder, men who had the highest respect from their peers and clients, due to their mastery and knowledge.

In the twentieth century most projects were being executed under the traditional system and professionals continued to receive training under this system. However, Design-Build has been gaining more and more leverage as clients and architects have started to understand and realize several benefits that this system brings.

Not everyone can be a Design-Builder. It takes an architect with qualities and talent as a designer, while being pragmatic, practical and technical as an engineer at the same time. It takes deep knowledge and understanding about various systems, construction process along with an unquestionable honesty and reputation. Here we will focus on ten reasons why the Design-Build system is better and the advantages it brings the owner.

One of the first key steps to a successful project is proper site selection and evaluation. Owners often make the mistake of buying property without consulting a professional who can help them make the right choice.

Buyers usually turn to one of three kinds of people for advice when considering purchasing a property – realtor, architect or builder. Honest realtors who don’t sweet talk buyers just to make a sale may be able to give the right advice at times. However, this will usually depend on the kinds of homes the realtor has seen built on properties previously sold. Although realtors might have some level of vision, they might not have the professional training necessary to give overall well informed advice that covers various critical aspects.

More savvy buyers will turn to either an architect or a builder for advice when evaluating a property. This is of course the recommended course of action, where the buyer will be able to get advice from professionally trained individuals who are from the field of creation or construction. The single drawback of this is different advice may be given depending upon the type of building professional. For instance, if the advice comes from an architect, they will probably be evaluating and imagining what kind of project can be put on the property and how it could be designed. If the advice comes from a builder, then they will be evaluating more the ease of construction of the site and the logistics of being able to put a structure on the property. Ideally, you want a professional that considers both aspects of the property evaluation.

A Design-Builder will have a compounded vision derived from several different evaluations. He will have the ability to consider and weigh various criteria into site election, evaluate as well as visualize the way a structure could be designed while keeping in mind logistics and construction of the structure. The design-builder will consider and evaluate aspects and issues often overlooked by an architect and weigh in these into the preliminary cost projections for one site vs. another.

Architects can focus very strongly on their ability to create good designs and on what sets them apart. However, in doing so, they often completely ignore potential structural issues and complications that could arise due to an impractical built form or shape. They completely depend on the structural engineers to figure it out while in reality it can be incredibly challenging to actually build some of those forms. It can either get extremely expensive or sometimes it’s just not possible to make an odd built form that is also structurally stable.

This is when difference of opinions start between architects and structural engineers causing delays in the progress of the project. The engineer starts offering solutions that may require slight design alterations in order to make the built form structurally stable, while the architect or designer is not willing to accept and incorporate those changes or alter his overall design in any way. The project can remain to a standstill until all concerned parties are in mutual agreement about design and structural issues.

A Design-Builder is a better alternative to the above because he will work in the overall interest of the owner or client. He has the ability to create and design while

taking into account, structural and engineering challenges. He also has an in depth understanding of the intricacies of construction and how overall systems are supposed to work. This allows the design-builder to properly design a project while keeping all technical aspects in  mind.  And since the design has already taken into account and addressed potential issues at the concept stage itself, it becomes easier for the engineers to execute on site without making any major alterations or changes. The project thereby can move on smoothly without any delays due to difference of opinions amongst professionals.

The owner or client emerges a winner in this case, since not only the project is executed in a shorter time frame, with proper provisions for systems but also with integrated and smarter overall problem solving potential.

In traditional construction delivery system, the architect hands over the design to a contractor or a builder who will eventually construct and execute the project. This requires the contractor or builder to read and learn the drawings, interpret the design and build the project from a combination of information acquired from various different resources and teams.

This could lead to problems arising from the contractor who may or may not have fully understood the drawings. If there are issues that were not properly solved or addressed during the design phase but surface during the construction phase, then those need to be re-addressed. Usually, in such cases the contractor will have to go back to the architect and wait for a solution. It may take the architect’s office days or weeks to create the design revisions needed which in turn causes delay in the overall duration of the project.

A Design-Builder however, will be able to perform construction of the project without any of these glitches or drawbacks, since they already know the project inside out right from the start. There is nothing new that they need to understand or interpret. The project execution will be fairly straightforward and simple since in most case any potential issues will have been addressed during the design phase itself.

If surprises do come up during construction, they are minimized and solved relatively easily and sooner since the design-builder himself has in-depth knowledge and training for both, the overall design as well as its technicalities.

In the traditional system, the owner has to go through a series of hoops to be able to finally build and complete his project. First the owner would select an architect who will design the project, then the design would have to go into construction drawings development phase. For this, the client will usually have to find engineers from different trades to deal with different aspects of the project. Once the project is fully done on paper, it goes into actual construction where the client then needs to deal with the contractor or builder.

With involvement of so many different professionals in the project, it becomes difficult for the owner to coordinate, figure out the right path of action and often putting the client in the middle of discussions and debates between consultants. The owner ends up spending much more time in aligning the teams and defining a plan of action than he or she would prefer.

Since the Design-Build system involves having a single firm perform the entire process, starting from design through construction and execution, the client has to deal with a single point of contact for all communication on the project making his own life much easier and hassle free. Coordination between professionals specializing in various individual aspects of the construction process is smoother since they all are from the same team or firm and know the project inside out right from the start. Also, in case coordination issues or any other technical issue arise, it is the responsibility of the design builder and not that of the owner to tackle them.

5. Better chances of getting the project built

The traditional Design-Bid-Build system usually shows the disconnect many architects have with realities of construction and the costs associated with it. Typically, finished design is supplied to the owner who then puts it out for different contractors to bid upon. These bids usually come back with considerably higher quotes than the owner had initially budgeted for. As a result the owner has to go back into the negotiation process with contractors to see who will provide the best price. This however can get tricky and even dangerous, since chances of the lowest bidder compromising on quality in order to meet the lower costs rises.

Even worse situations arise when the project costs shoot beyond the owner’s original budget owing to the designer’s short-sightedness and disconnect with practicality. And at this point there may be no other alternative but to redesign the entire project. This can set the project back by months and not to mention a huge disappointment to the owner who has a design that just cannot be built anymore due to being over budget.

A Design-Builder has first-hand experience, detailed information of costing and overall a much better understanding of the real costs involved in a project. This gives the design-builder the ability to design a project within budget constraints. Usually, the percentage of design-build projects that end up shooting over budget is much lower than the projects done by the traditional method.

Overall, projects done in the design-build system end up having a much better chance of completion than projects done by the traditional system.

Next month we will visit the next 5 reasons to chose a design-build over a traditional method so stay tuned!

To learn more now and book in your next project, please tell us more about what you would like to do by filling in your brief below and we hope to change your world through design! 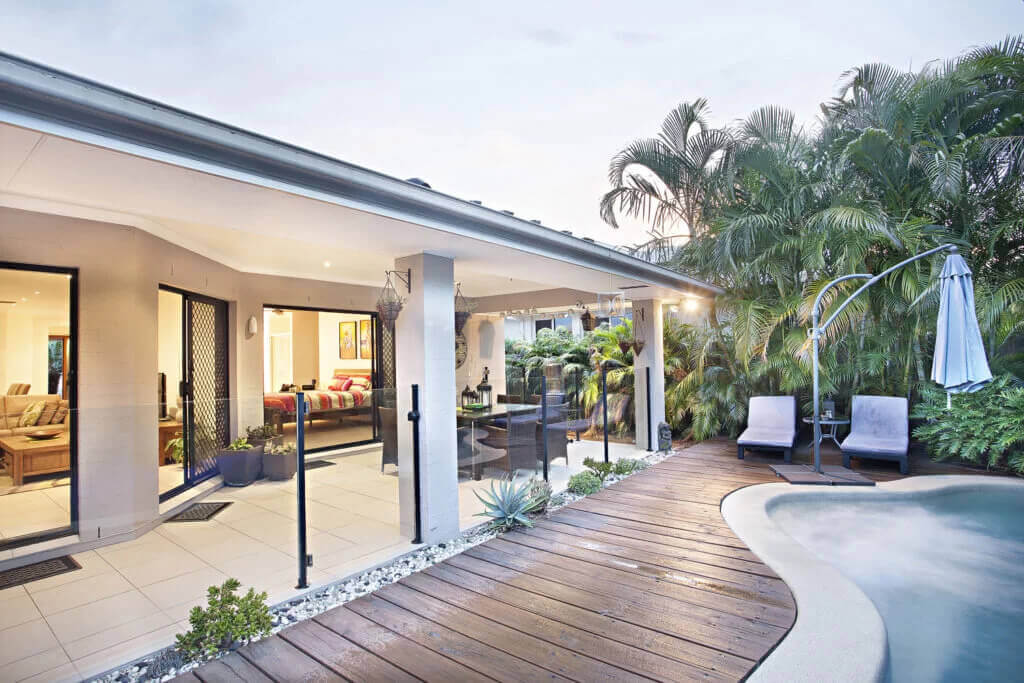 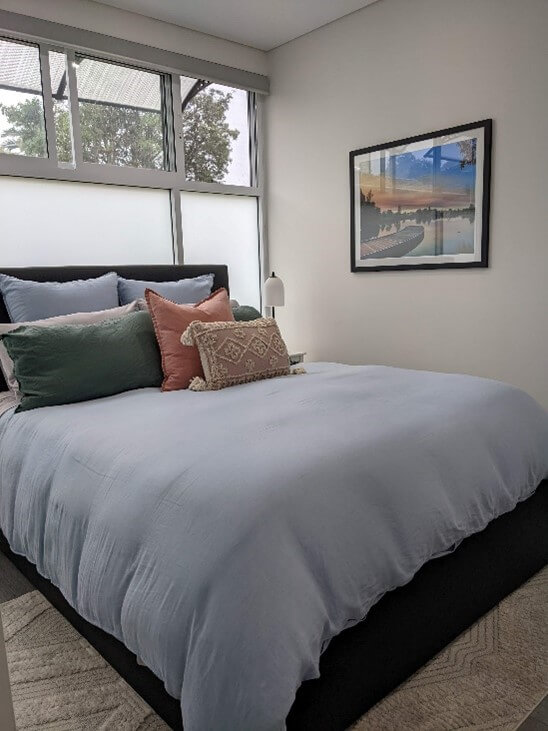 10 Bedroom Renovation Tips to Help Get You Started 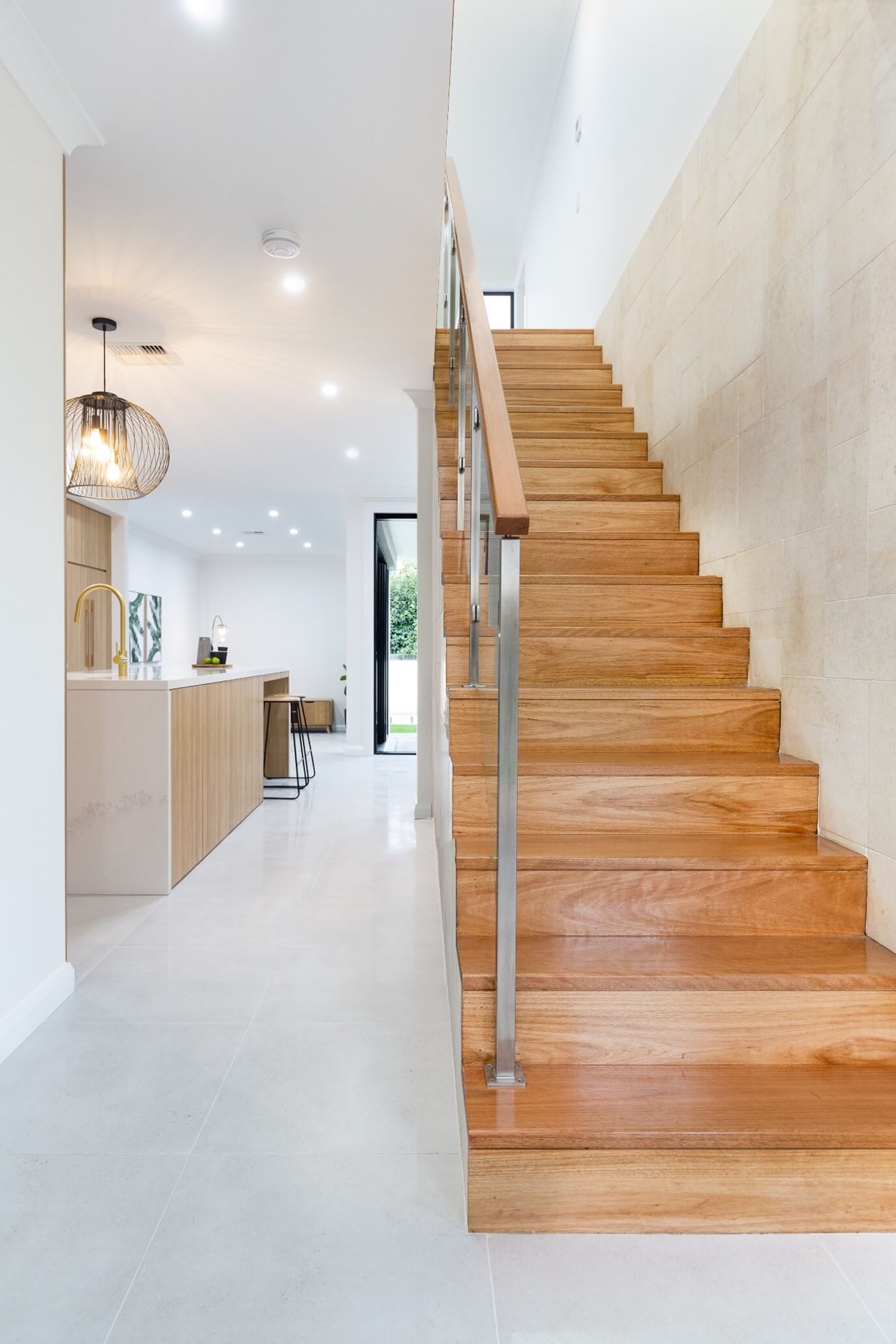 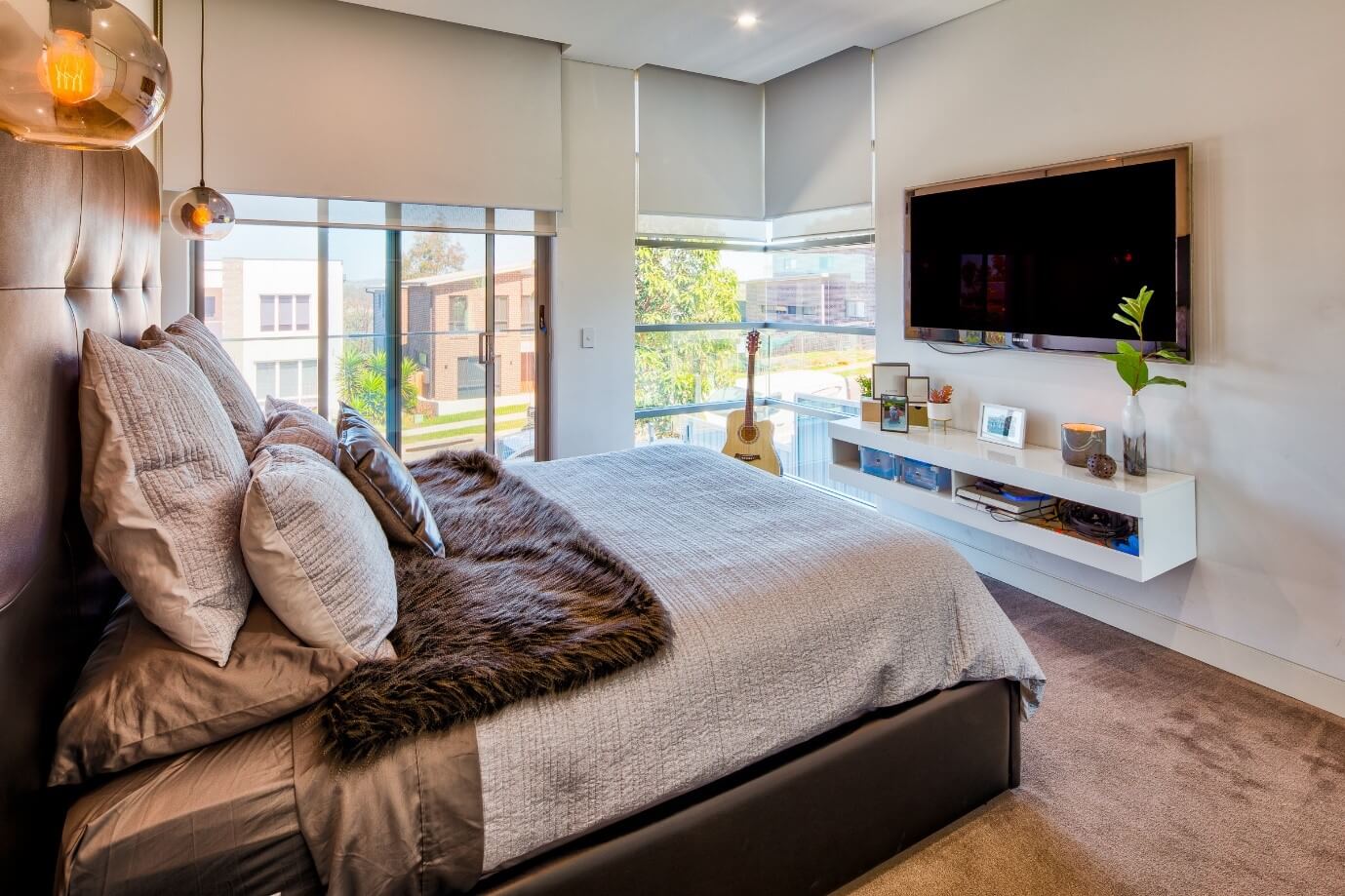 Make Your Room Pop by Getting the Right Kind of Texture